From the very first work, which greets you like a familiar stranger in your own home, to the final in the six individual sub-series, I thought… this work is so timely and prescient.

Benny expertly captures the angst, anxiety, struggle and painful reality that exist in America today.  The irony, of course, is that Benny’s work was completed in the 1970s, and Michael Rosenfeld’s team conceived this exhibition 3 years ago. 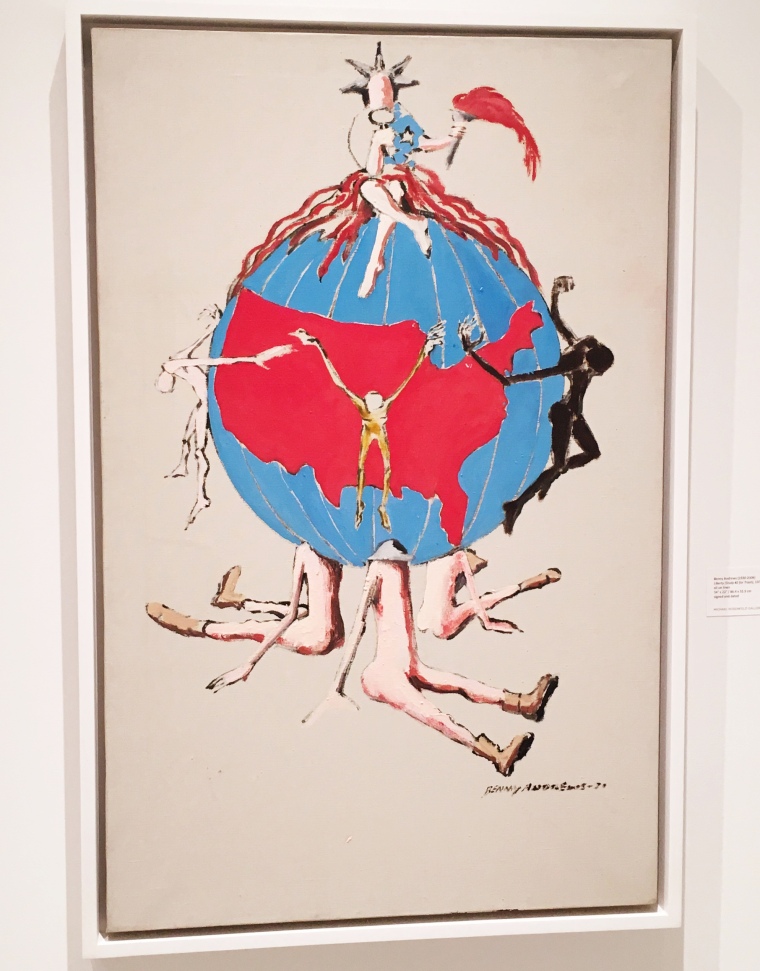 After the exhibition walkthrough and powerful conversations with Nene Humphrey (Benny Andrews’ wife), Halley Harrisburg (curator) and Michael Rosenfeld (gallerist), I realized this work was a much needed reminder of the social injustices that have always plagued our great country.

Viewing this powerful and provocative body of work, and having the opportunity to unpack and digest it with my art group, The Friends of Education at the Museum of Modern Art, was just the therapy I needed.  Our key takeaway was – the more things change, the more they stay the same.

The racism, sexism, inequality and injustice my foremothers and forefathers fought, still persist.  Though the social ills and “-isms” have taken new (and often scarier) forms, the hate is clearly recognizable.

The Benny Andrews: The Bicentennial Series can be viewed from November 8, 2016 – January 7, 2017 at Michael Rosenfeld’s Gallery in New York City.

Based on the TimeOut Review

In 1969, Benny Andrews (American, 1930-2006) began conceptualizing the Bicentennial Series, in a time when the artist himself was deeply committed to political activism. After reading New York Times articles covering then President Nixon’s Bicentennial Commission and the American plan for coast to coast celebrations, Andrews became afraid that the American milestone would omit the voices of contemporary African Americans. To ensure inclusion, Andrews set out to document the America he knew and respected. Executed over six years, the Bicentennial Series consists of paintings and drawings from all six individual sub-series – Symbols, Trash, Circle, Sexism, War and Utopia – which in their totality comprise The Bicentennial Series.  The Series remains a timeless body of paintings and drawings that address nationalism, war, feminism, sexism and hope. This is the first time that the Bicentennial Series will be presented in its totality. 100 Eleventh Ave (212-247-0082, michaelrosenfeldart.com). Tue–Sat 10am-6pm or by appointment. 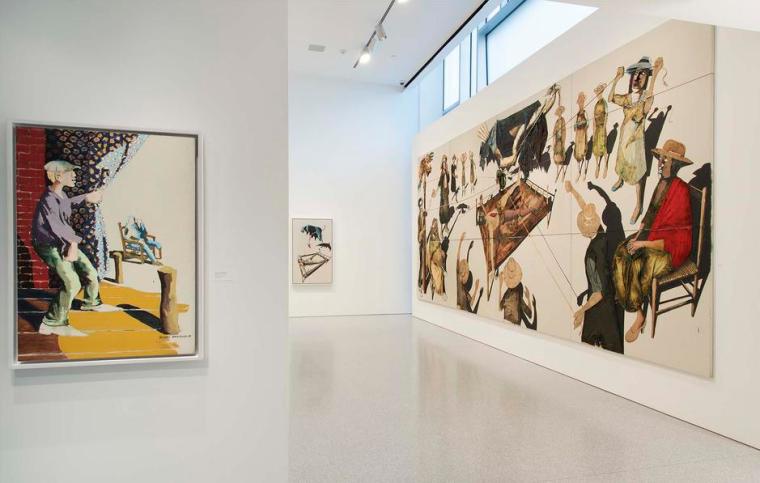 The Changing Same: Black Music in the Poetry of Amiri Baraka (1978)
https://en.wikipedia.org/wiki/Amiri_Baraka https://www.jstor.org/stable/302328?seq=1#page_scan_tab_contents

“The Changing Same: Studies in Fiction by African-American Women” (1995)
https://www.amazon.com/Changing-Same-Womens-Literature-Criticism/dp/0253209269

Lockie Andrews is an innovation and digital strategist at Catalyst Consulting (www.catalystconsult.com).  Lockie feeds her creative side through support of the art, music and fashion communities.  A speaker, writer and member of the Friends of Education at the Museum of Modern Art of New York, Lockie resides in Brooklyn, NY.  Follow Lockie on Twitter and Instagram.